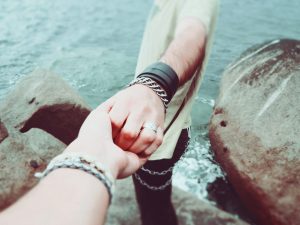 They key to a happy marriage isn’t by wishing that it was like that Romance novel you just read. Instead, it’s by embracing the small, everyday moments of life- or to put it more bluntly- the 10,000 average, mundane Wednesdays you’ll spend together in your lifetime.

Read below for 3 Ways to have a strong marriage that lasts:

An epic friendship.Think about being stuck in an unfamiliar airport in a foreign city with an 8-hr delay. You’re exhausted from you trip so you checked your laptop for some zzz’s on the plane and your cell phone is at 5% battery. Who would you want by your side to pass the time? Your partner should be that person who makes the long, postponed flight more light-hearted, fun and a chance to make a potentially bad experience one of your highlight memories. An epic friendship with your partner entails:

A sense of deep comfort and ease. Being in your partner’s company should make you feel good inside. An “at home” feeling where you feel safe, cozy, peaceful and where you can be yourself. If there’s constant tension in the air, your relationship can become a permanent source of unhappiness and discomfort. To get that sense of comfort and ease, you’ll need to have these things in place:

A willingness to fight for a good relationship. Relationships are hard work. Compromise and sharing half of yourself to someone else takes time to adjust. You have to WORK at marriage. It doesn’t come naturally or easy- even to the strongest of couples. Here’s what you need to have a healthy and positive relationship: